I love historical doll underwear. It's really fascinating to me. I was so excited when leewesvic helped me get Addy's Crinoline and Chemise! 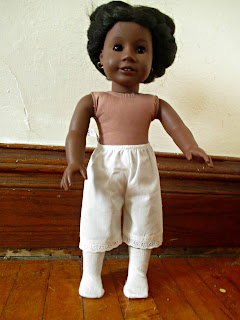 This is the underwear that Addy comes with. It's basically a pair of pantalettes and stockings.

This is the shift that comes with her Crinoline and Chemise set. So I guess you can call it a chemise. ;) 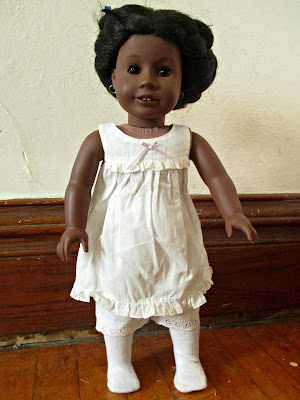 It's a nice basic underdress. 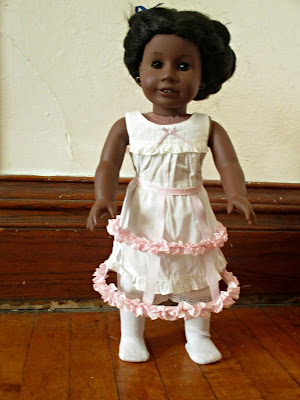 Here is her crinoline. I am so glad I don't have to sew all those ruffles. I kind of wonder if the ruffles were typically on crinolines, because that would be a lot of work. 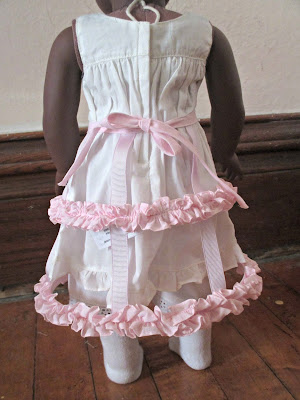 The crinoline ties on. This surprised me, because AG usually seems to avoid tie closures.

Note to self: dolls are not human, get over it. 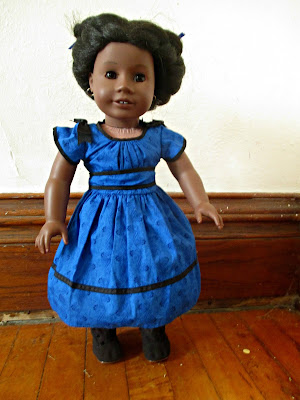 Here is Addy's meet dress with the crinoline and chemise on underneath. I don't think she would wear the crinoline with every dress. It'd be more for special occasions. I had to pull the crinoline up higher so that it did not show under her dress.

The crinoline really makes the skirt stand out and look special. I look forward to using it with other clothes in her wardrobe.
at September 18, 2016