Pixie Faire is ending Freebie Friday. Instead, they are offering, a buy one, get one free each Friday.

Here is what the e-mail said:
"we are mixing things up for our Friday pattern give-away. Moving forward we are going to do a Friday BOGO (buy-one-get-one-free) Deal each week. Similar to the 12 Days promos, the new Friday BOGO offer will be set up for a specified collection each week, for one day only - this Friday the collection will feature a beautiful assortment of fun patterns that we know you'll enjoy! Watch for the announcement in the Friday newsletter and check the site on Friday, the BOGO collection will be highlighted on the main homepage slider."

I don't really mind the change. I never expected Freebie Friday to last as long as it did, and I have a huge stash of patterns to draw on. It gave a great boost to my week, every Friday.

What I wish is that they would announce a day ahead of time what the BOGO will be.

I have limited Internet access on Fridays, so it would be nice to know if I need to go to the library or not.

Also, if I am going to spend money, I like to spend time contemplating my purchase and not be forced to do it immediately with a time constraint.

They are also discontinuing the Mod Monday, but I don't care because no one I know ever won.

Another announcement was a bit weirder.

Does that mean no more KDD patterns?

Here is what the Pixie Faire e-mail says:

"Shari has two pattern collections on Pixie Faire, Thimbles and Acorns, her original brand - and after years of collaborating with designer Eve Coleman on the Keepers Dolly Duds Designs brand, Shari is now the owner of that brand too! "

I received an e-mail from Shari recently that said, "Was actually working on it when eve decided to move her patterns to PF."

That doesn't really suggest that she now owns the brand.

The project that she says she was working on it is resizing her new pattern, A Piece of History dress, for 14 and 16 inch dolls, which I am looking forward to.
at January 10, 2019 No comments:

This isn't exactly new news, but I don't think I have blogged about it yet.

Both Thimbles and Acorns and Keepers Dolly Duds have released some of their patterns in physical book form.

The Thimbles and Acorns book is Laura Ingalls Wilder themed. It is titled "A Long Winter in Dakota Territory" and the author is of course Shari Fuller.

You can find it on Amazon here.

The really great thing about this pattern book is that is has patterns for three sizes- American Girl, A Girl for All Time, and 14 inch dolls like Wellie Wisher and Hearts for Hearts.

That makes this book a real bargain if you sew for all three sizes!

You can find it on Amazon here.

This book has some great patterns in it, and again at a great price.

I already own all the KDD patterns, and they are only 18 inch doll size, not 3 sizes like in the Long Winter book.

So the one I will get first is the Thimbles and Acorns pattern.

It's great that we have this option to by our favorite patterns in book form, however!

A Girl For all Time

I love my Girl for All Times dolls.

They are gorgeous, and I love looking at them. 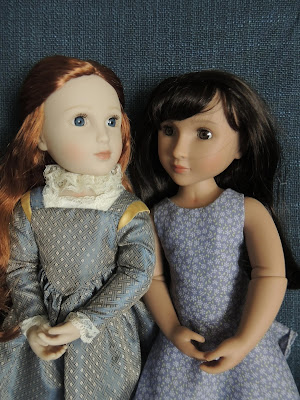 I just am not sure what I want to do with them, exactly.

I decided that I want them to be in the same time period so they can hang out together.

I just can't decide on the time period.

Nor do I want them to be time travelers.

I'll figure it out some day...

Email ThisBlogThis!Share to TwitterShare to FacebookShare to Pinterest
Labels: A Girl for All Time, Elinor, Nisha

I was surprised and sad to hear that the Tonner Doll Company is closed.

I loved Patience and am sorry there will be no more Patience dolls.

I am not really into the fashion dolls, though.

You can read more about it here. 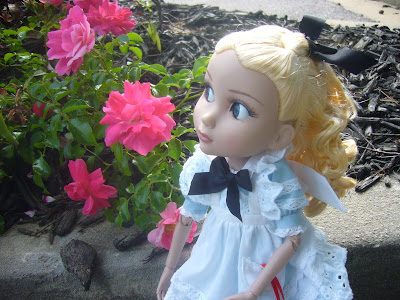 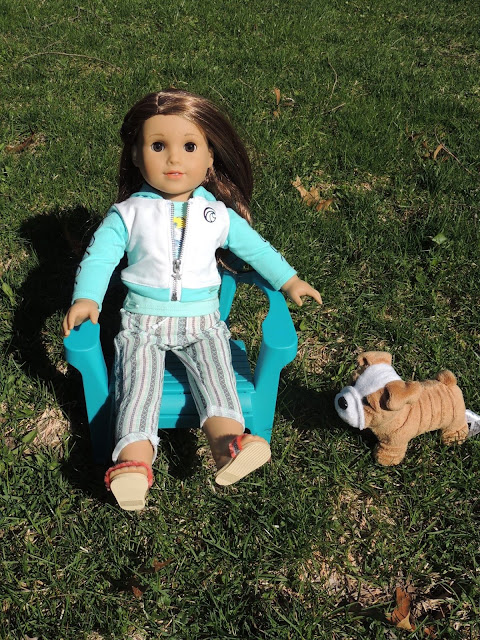