Happy New Year!
Mini Samantha decided to start the year off with a bang and do a whirlwind tour of northern Alabama. Also, I wanted to visit my family members that live there.
She took lots of pictures to share! 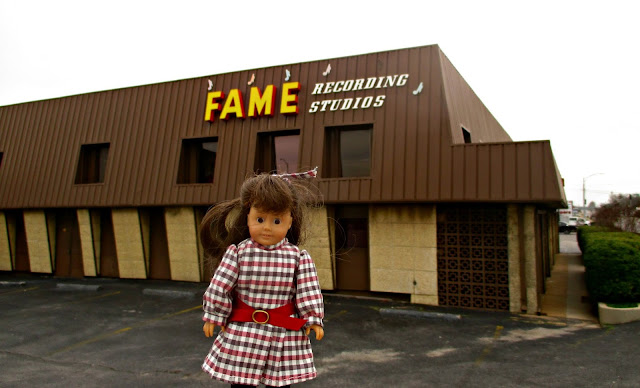 Here is Samantha at Fame Recording Studios in Muscle Shoals. This is the spot that made her decide to go to Alabama today. There are rumors that the new Historical American Girl, Melody Ellison, is from the 1960s and really likes music.
So Samantha wanted to learn all about 60s music so she can greet Melody properly. Fame Recording Studios was a happening place in the 60s. Some of the artists who recorded here include Aretha Franklin, the Osmunds, Joe Tex, The Tams, and Wilson Pickett.

This is particularly cool for me, because my great-aunt and uncle lived on a side street just a few blocks down from where all of these famous artists were recording! 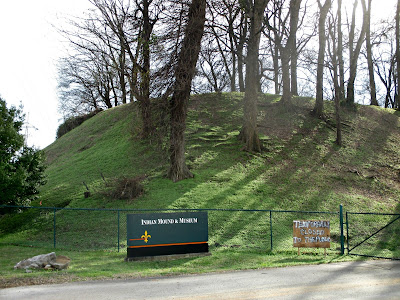 Next Samantha visited the Indian Mound in Florence, Alabama. 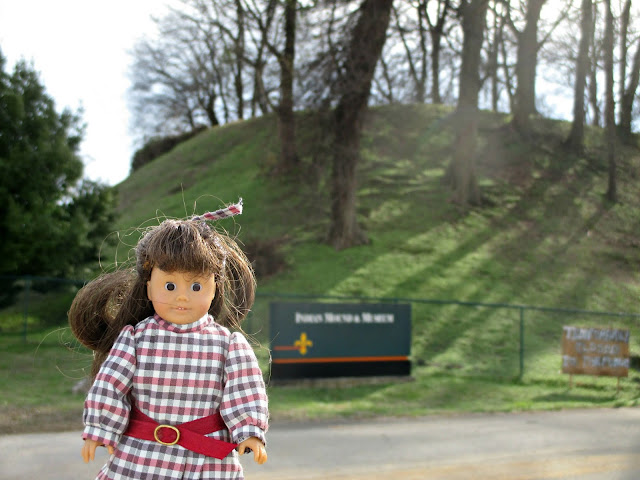 She had a little trouble taking a picture in which both she and the sign were in focus. We were not able to climb to the top of the mound today, as it is currently closed to the public. However, we were glad that it is being preserved, respected and looked after. 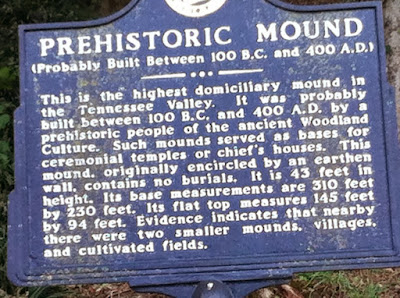 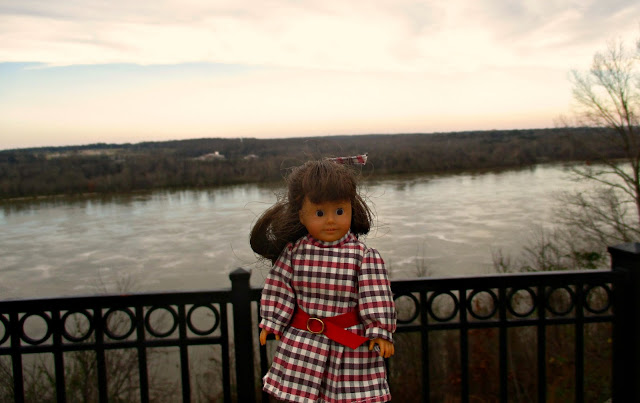 Samantha got to see the Tennessee River at this neat lookout spot in Sheffield, Alabama.

My grandfather used to dive off a cliff into the river, very close to this spot. He must have been either very brave or very bored. 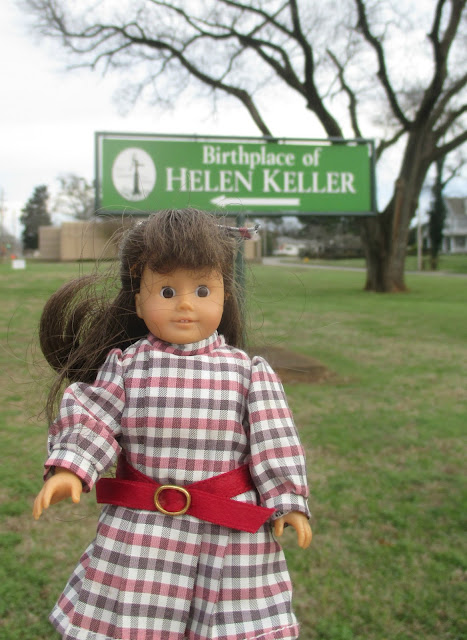 Samantha went to visit the birthplace of a real live, important historical figure.
Helen Keller was born on June 27, 1880 in Tuscumbia, Alabama. The name of her family's home is Ivy Green. Helen lost both her sight and her hearing at 19 months old due to illness. Helen was therefore unable to communicate with those around her. 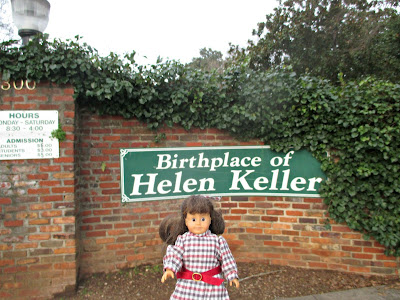 A teacher named Annie Sullivan was able to teach Helen language through signing. Helen's breakthrough moment in understanding that signs represented language took place at a water pump behind the house, which is still there today. Helen Keller became the first deaf and blind person to receive a bachelor of arts degree. She used her fame to become a political activist. Helen promoted women's suffrage, labor rights, and socialism, among other causes. This makes Ivy Green a very interesting place to visit! 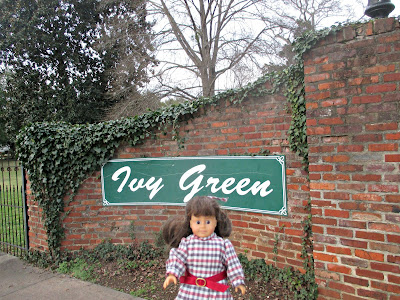 However, the darker side of Ivy Green's history is that it was originally a plantation with slaves. Helen's father served as a captain in the Confederate Army. This part of its history should also be acknowledged and treated with respect. 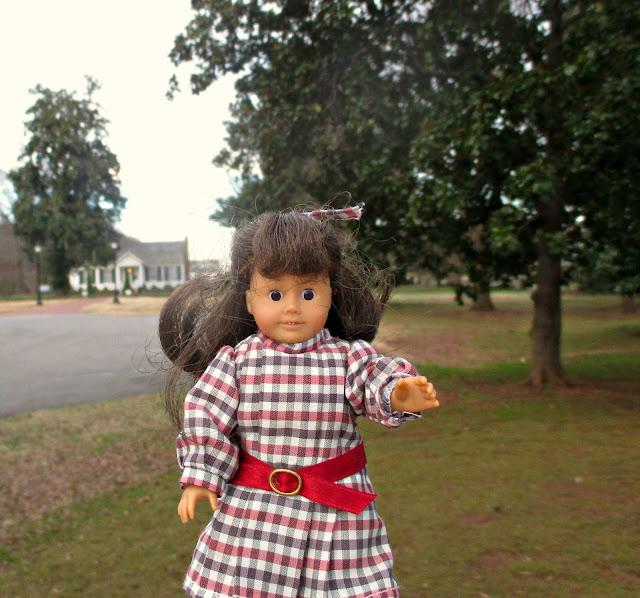 Here is Ivy Green itself. I love that many of the beautiful trees on this property witnessed all these events in history. Sadly, trees don't live forever, and we could see that one of them had just been cut down.

My dad was very supportive in taking the pictures for this blog and even suggested some photo opportunities. It was a lot more fun with his help!