I decided to make another skirt for agate13's Kanani.

This is a blue skirt (Ravenclaw colors!) with a Golden Snitch appliqued on it. 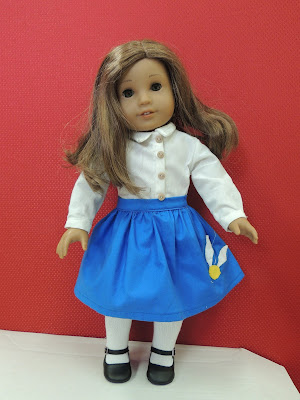 I got this idea directly from Pieces by Polly.

I just wanted to make a basic skirt pattern, so I used Simplicity 1244 by the Dollies' Dressmaker.

It appears that this pattern is now retired. I better be careful not to lose any of those tiny pattern pieces!

I appliqued on a Golden Snitch, using a pattern from Pieces by Polly, and adding stitching to look like the Snitch's flight pattern.

The result looks a bit like a 1950s Poodle Skirt. 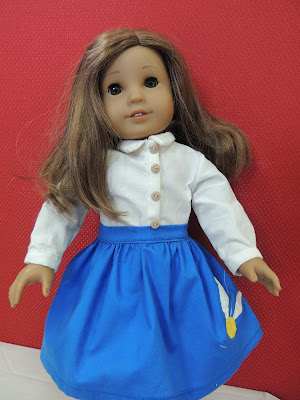 What I had in mind was a skirt that Kanani could wear to a Quidditch match to show support for her team.

Anyway, it's definitely a unique addition to Kanani's wardrobe!