My Future Custom Kaya's hair was definitely a mess when I got her. It's been cut in the back, just at the nape of the neck, and although you can hardly see it, this gives me the impetuous that I need to re-wig her. 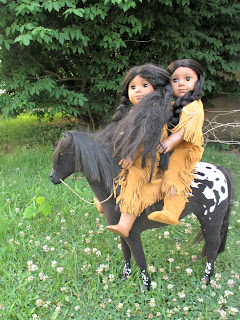 She's the doll on the left, and she needs help.

What I hope to find is an Ivy wig or one that looks like it. This may be hard to find.
The closest  wig that I have found is Monique's China Doll wig, and it needs to be cut shorter.

In the meanwhile, I don't want Kaya sitting around looking like a cast member of Annie. 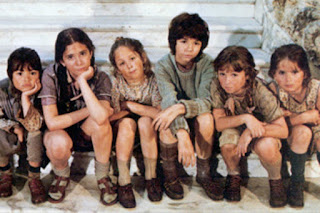 I also felt that since this wig already has problems, it is perfect for experimentation.

So I boiled her hair.

I heated the water to nearly boiling. I read that it should be around 170 degrees, but I couldn't find my candy thermometer, so I guessed.

I poured the hot water into a shallow ceramic bowl. I did not want the sides of the metal pot to melt her hair, and this way I couldn't accidentally dunk her head. Obviously I was being careful not to anyway, but hey, an ounce of prevention is worth a pound of trip to the doll hospital.

Since she has so much long hair, I divided it in two and dunked half of her hair at a time. After dunking it in the hot water, I dunked it again in cool water, and then brushed it over the sink.

This is where it's kind of interesting.

Half of her hair was brushed out. It still looked bad, but the knots in it had been taken out. This half only needed one dunking.

With the other half of her hair, I had to dunk it once, brush it, and then dunk it again to get it smooth as I wanted it.

The hair was still dry and needed braid spray, but it was no longer so messy. Yay! 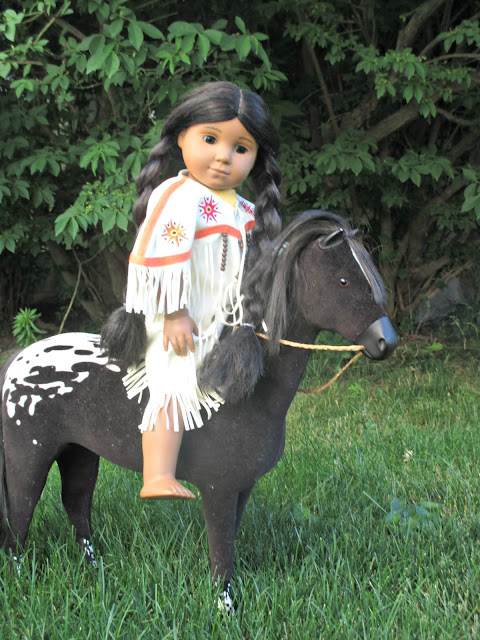 What I wish I had done: take her head off of her body before doing the dunking. I didn't, it got wet, and then I had to take the head off and unstuff her so the body could dry out. I essentially made extra work for myself by not taking the head off in the first place. I would have gone ahead and restrung her while she was unstuffed, but I didn't have the tools to do so on hand.

I have also been using magic eraser on all of my dolls, and boy, it's miraculous. It got out some major marks, including a really stubborn white streak that was on the back of Amelia's leg when she arrived.

Compared to my original Kaya in person, you can see that her hair is still not quite as nice and the ends of the braids are messy, but it's a vast improvement. In pictures, though, the only visible difference is the braid ends. 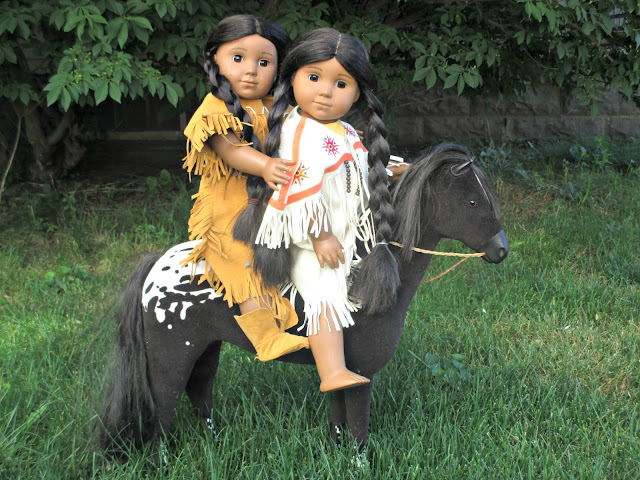 Next I need to work on getting the toenail polish off of Kaya and Julie's toes.
at July 09, 2016