In this post, I am sewing the Painter Pants by QT Pie Doll Clothing, sold at Pixie Faire.

I was upset about the terrorist attack on Paris when I started sewing these pants. I made the conscious decision to stop reading bad news and go sew something. Sewing: cheap therapy! So that is the reason why I didn't take many pictures of these pants in progress. I only realized I had forgotten to do this when I was stopping for the night.

Here are the pants legs put together. Each pants leg had three pieces and three pockets. I sewed the smaller pockets in the back on backwards, with the result that they have a teeny, barely functional opening. Sigh. 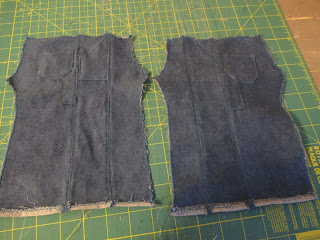 I deliberately cut the pants leg three fourths of an inch longer than the pattern called for and am sewing them so that they have a permanent, sewn on, rolled up pants leg. These pants are part of a larger project, and all shall be revealed eventually. *maniacal laugh*

I used quilter's cotton that is printed to look like denim. This is much easier on me and my sewing machine, and it looks so much like denim that it keeps fooling even me. 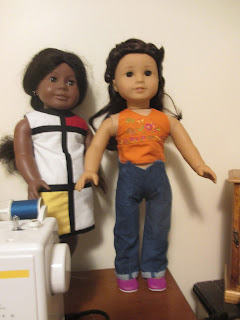 With the pants legs sewn together, the front of the pants were uneven at the waist, as you can see  here. I trimmed it a bit to even it out. 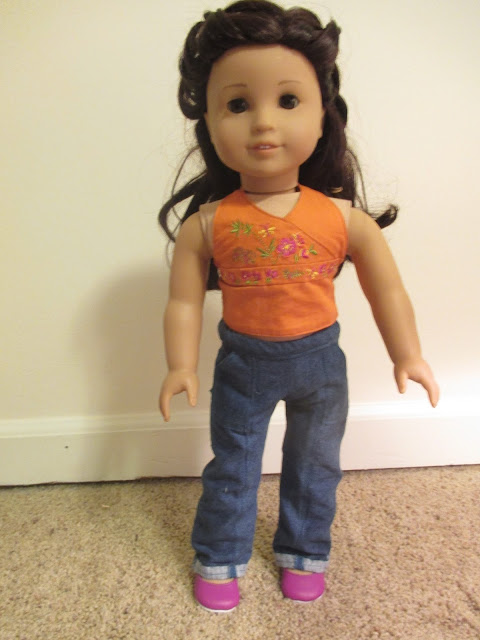 Here are the finished pants. The waistband didn't end up entirely smooth in the back, but the front is fine.

The error that bugs  me most is that the pockets in the back are out of alignment. I tried to be really careful with the placement, but I goofed. 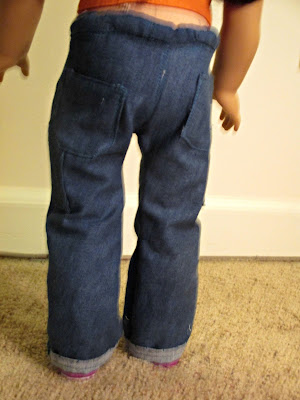 Ultimately, the pants look good from the front, and that is what matters most. I think I would be able to fix most of my errors if I sewed it again. I am mostly happy with the finished pants.