American Girl has done a release for its 35th anniversary.

I am very happy to see this release and how popular it is. I idolized these girls and memorized the Pleasant Company catalog.

I don't think I am going to buy any of them. I own Kirsten, Samantha, Felicity, Addy and Josefina and their original meet outfits.

I briefly owned a Molly but she is just not for me.

I was excited to find out that the Create Your Own T-shirt now has a theme called "AG 1986."

It includes graphics for the original six girls that hits me right in the nostalgia feels.

However, one of the graphics is terribly racist. It is a graphic for Kirsten and features a log cabin and the words "Settlers Gonna Settle."

This graphic does not acknowledge that settlers were on land that was stolen from indigenous people.

This graphic is hurtful to those of Native descent. American Girl should remove this graphic immediately. 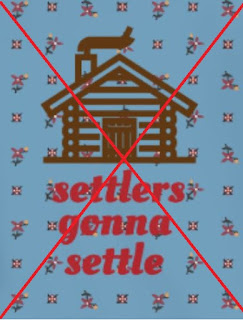 Update: They fixed it already by removing the caption and leaving the graphic as just a log cabin!

That's a really fast response from AG! They have been known to take months to fix an offensive graphic in the CYO section. Kudos to them. 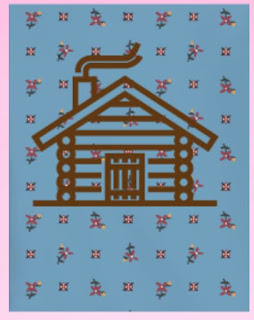 I do really enjoy the other vintage graphics from the "AG 1986" theme and have been playing around with them.

I am sorry that AG had to spoil their release in this way.