I bought it at the Madison Children's Museum Benefit.

I waited to review it until the holiday season was here! 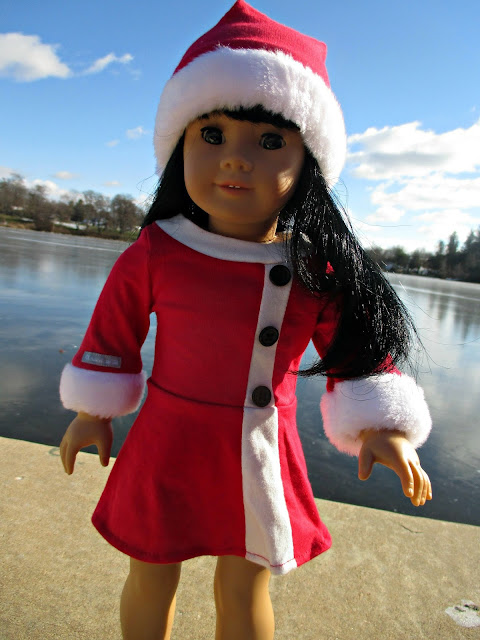 Ellie gets to model it, because she looks SO GOOD IN RED.

This dress is really cute. It came with the hat.

I actually was planning on sewing my own version rather than buying it, but when I saw it was available at the MCM sale, I put it on my list of things to buy.

It came with the Santa hat and the dress, no shoes.

Honestly, I was also planning on sewing my own Santa hat. I haven't done that yet, either.

I paired the dress with a pair of Kit's Mary Janes. I probably should have put tights on her as well.

I took a lot of pictures of her in this dress, but maybe the coolest is the one that has snow on the ground! 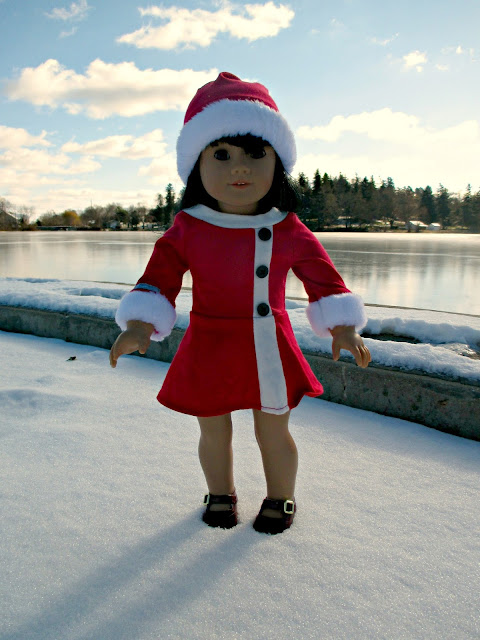 The lake in the background is actually frozen over, but the ice is so thin that it doesn't show up. I like the reflection of the pine trees. 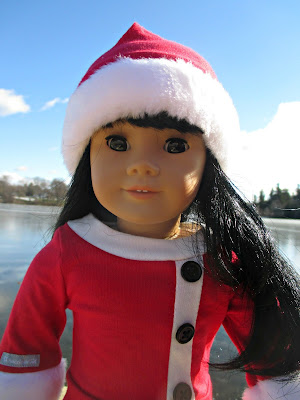 I really, really like this dress and am glad I have an opportunity to own it.

The one drawback is that I did have to work to get the fur cuffs over her hands. I think that was poorly planned, because it would be even harder for the kids who are the target audience for this dress.