When Addy joined my doll family, she had a pretty extensive doll wardrobe waiting for her already.
I've decided to do a series on the blog featuring her various dresses. 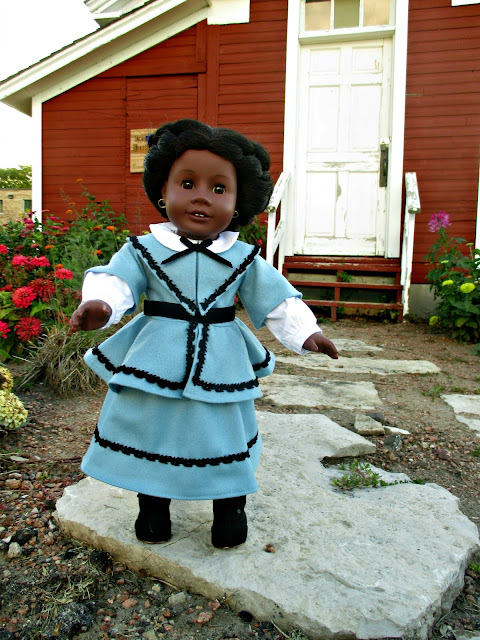 This is the perfect time of year to feature Addy's school dress! School is very important to Addy's books. Momma made her a special dress to wear to school. Poppa cried when he discovered that Addy could read. Education was an important part of freedom!

There are actually two versions of Addy's school dress out there. This is the newer version, that was released with Beforever. This dress is part of why we declare that Addy won Beforever. 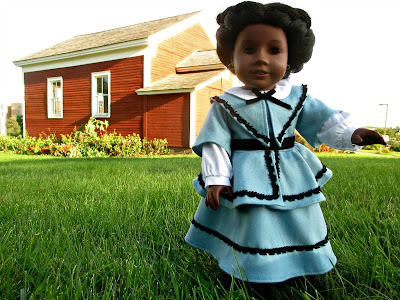 This dress is gorgeous! It come in two pieces. The top, instead of being a separate jacket and blouse, is in one piece. This may be disappointing for adult collectors, but I can live with it. This means less bulk, and kids are less likely to lose a piece of the outfit. 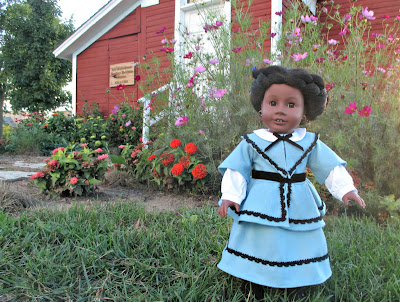 The skirt is fastened with elastic instead of velcro. I found this a little disappointing, but I'm not sure why. I admit it's nice not to worry about snagging velcro on anything. The top closes with velcro, and that is the part most likely to snag on doll hair. 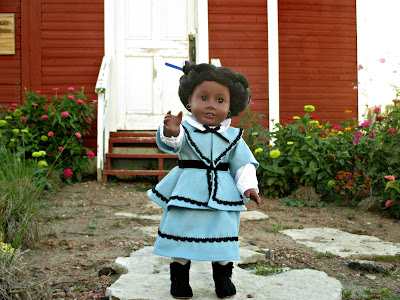 This is a very fancy outfit, and I love it. It's amusing to me that it matches the description of Addy's first release school outfit- a blue dress with black braid- while looking so very different. 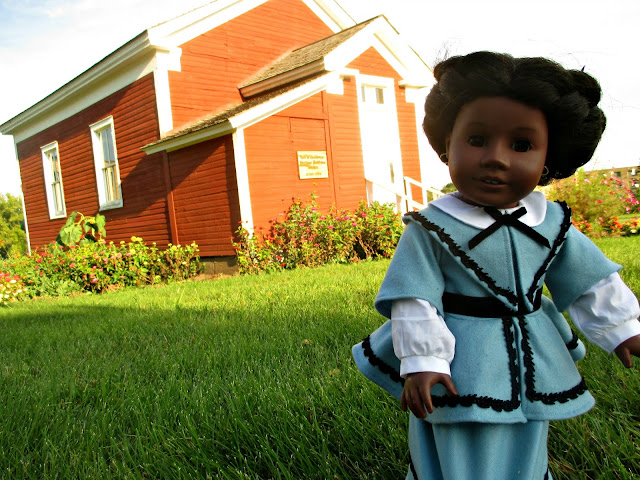 Addy and I went to a very special location for this photo shoot- it's a red schoolhouse from 1866. That means it's exactly the right age for Addy to have visited it! Maybe her school looked just like this.

I love this outfit and I think it is a must-have for anyone collecting for Addy. 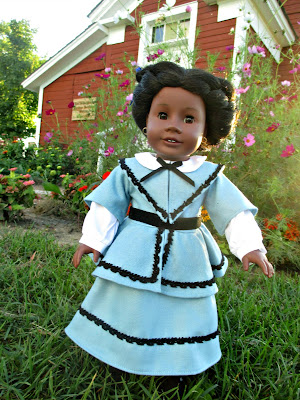 I'd like to thank leewesvic of American Girl Collectors, who helped me score a real bargain on Addy's school dress!