Anne went rollerblading this weekend at the skate park. She is really good at it! 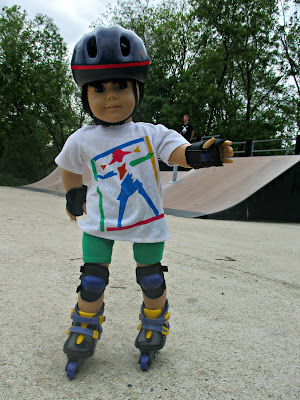 This is the American Girl of Today In-Line Gear from 1996.

May I say, I am very proud that 21 years later, I still have all of the pieces! 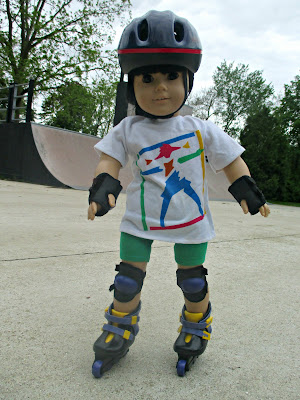 All of the pieces are super realistic. 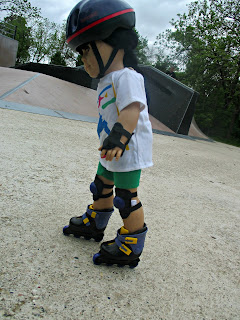 They are still very difficult to put on and off! I think it would be easier on one of the newer dolls that have smaller feet. However, they do belong to Anne and she insisted on being the model for this post. 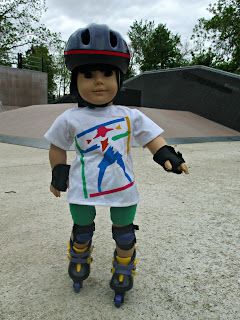 Anne is surprisingly good at posing in rollerblades. I was able to get pictures of her that look super realistic!

And the wheels on the skates really turn. You wouldn't think that a doll could stand in them at all. 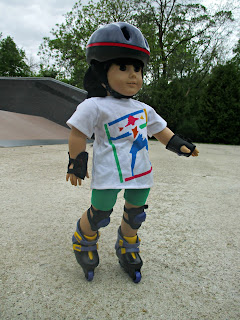 The roller blades are super appropriate for a mid-1990s historical like Anne.

Rollerblades were very new and very cool at the time. My best friend and I went rollerblading together. She wanted to trade skates because our respective rollerblades fit each other better than the ones we actually owned, but I refused! 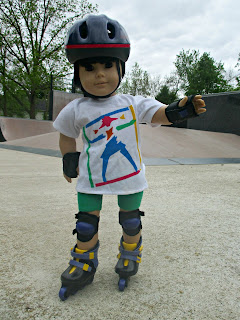 My school had skating parties as a fundraiser once a month, and we would join our classmates and teachers at the skating rink. Our principal came too, but he did not skate. 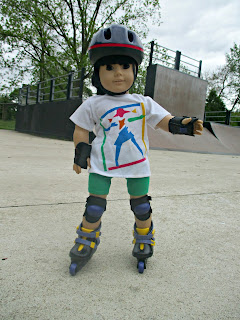 Anne is having fun skating, and I am ready to dig out my rollerblades as well!
at May 22, 2017