Ruby knows that her new friends, Callie and Penny, really love the circus.

So Anne and I took her to Delavan, Wisconsin, Nineteenth Century Circus Capitol of the World.

Anne has already been there, and there are pictures of that visit here. 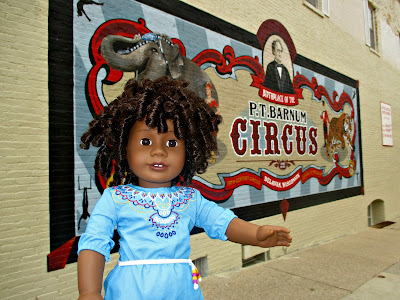 The most famous circus that wintered in Delavan is the Barnum and Bailey circus. 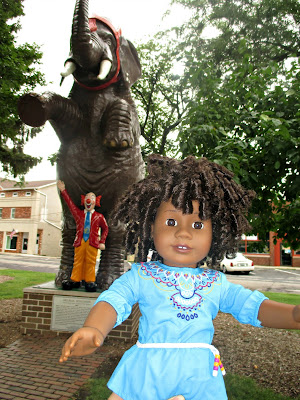 Ruby enjoyed the statue of Romeo, the killer elephant. 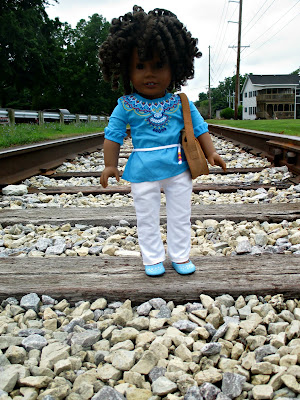 She visited the train tracks where the Barnum and Bailey circus first left on tour. 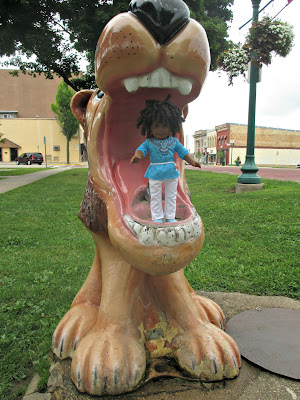 Isn't she brave to get this close to this lion? 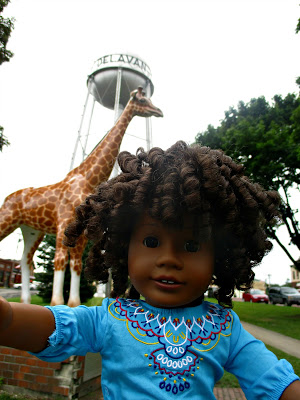 Ruby has decided to name the nameless giraffe Geraldo. 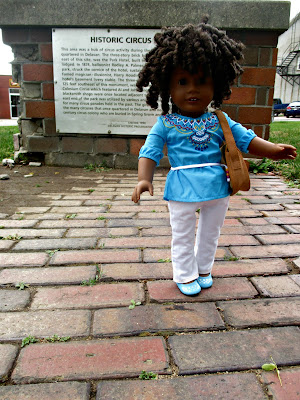 She shows off her stuff on the historic brick street! 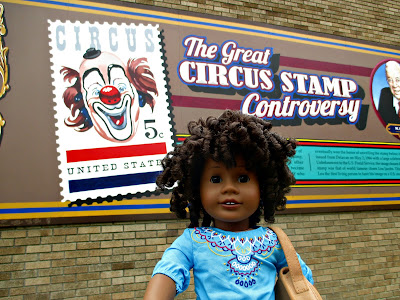 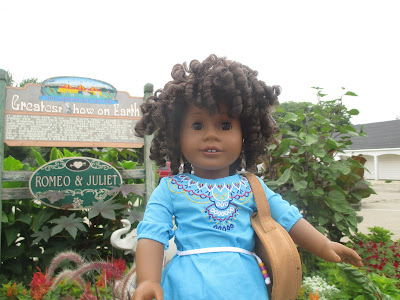 This is the site where the idea of the Barnum and Bailey circus was first conceived! 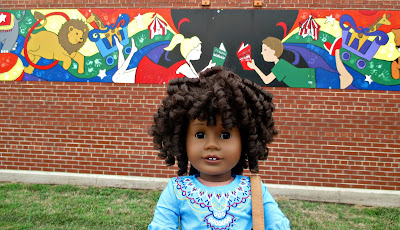 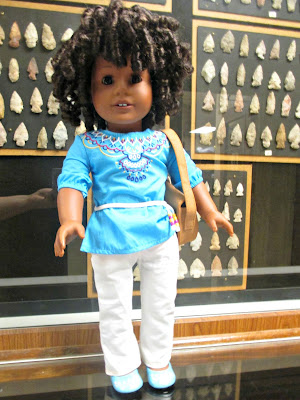 Ruby also got to see a collection of arrowheads that were dug up here.

Ruby had a lot of fun seeing all the circus history! Noe she needs a nap!