Today, as you may be aware, was the Madison Children's Museum Benefit sale! And that means dolls!

I was very lucky to get to go.

I got up at six a.m. and I reached the sale by 7:30 am. I hate driving near Madison. There wasn't much traffic that early, but it took twice as long to drive there as it is supposed to.

The first order of business was to find parking. It has been raining in Wisconsin so much, that the free parking lot was closed off. It is really a field, and it was a field of mud.

This put even more strain on other sources of parking. The paid parking lot was full when I got there.

I considered myself very, very lucky when I found a place to park!

Here are some of the silent auction items: 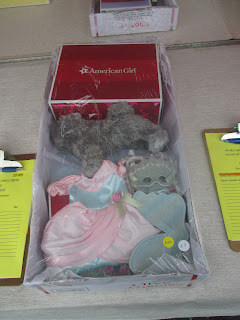 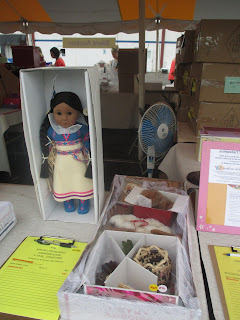 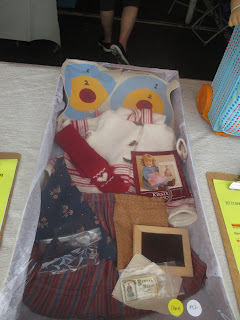 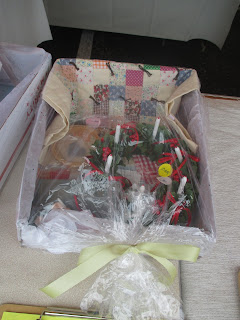 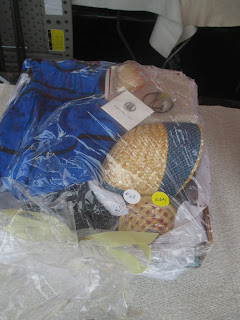 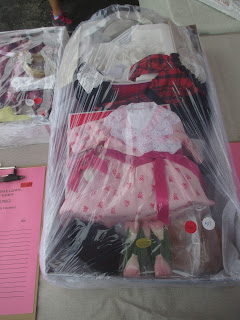 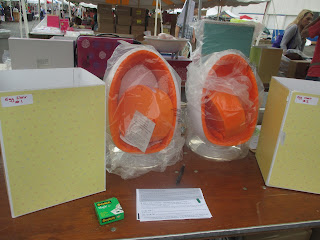 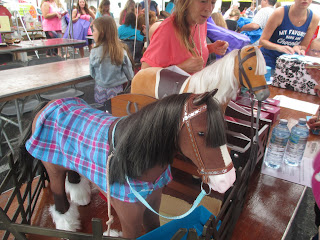 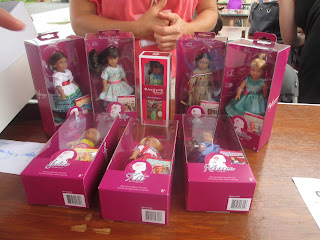 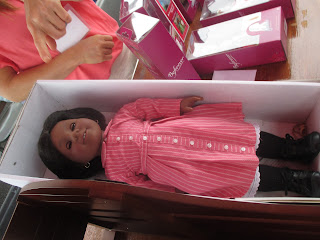 And then I took a lot of pictures of the vendors. I did not look at them as closely this year as I did last year.
I knew I was not interested, and I was looking for someone. 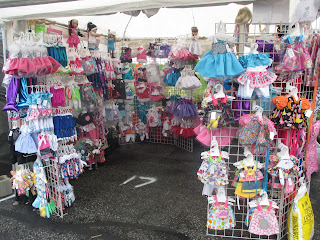 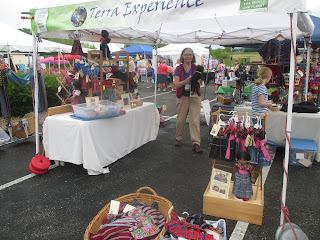 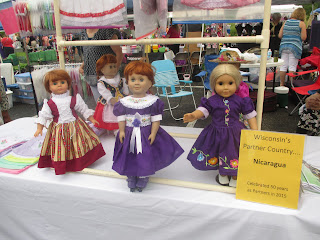 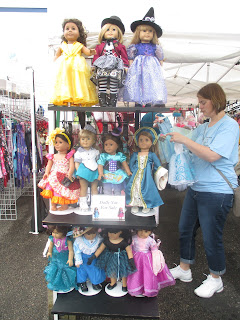 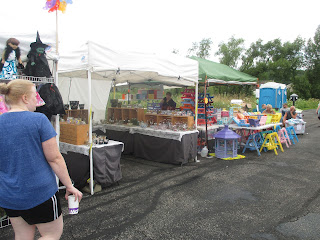 And a couple more auction pictures: 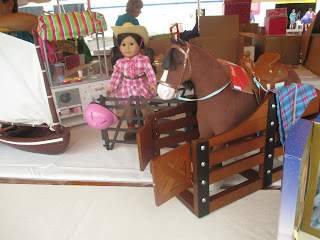 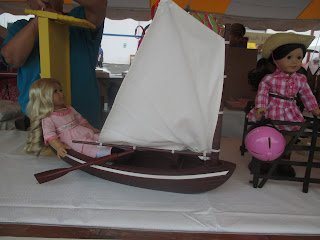 The person I was waiting for was Nethilia of American Girl Outsider!

Neth had an extra ticket for an earlier time slot than I had, and she generously shared it with me.

It was so cool to meet her in person! Her hair is gorgeous, y'all.

Well, all of the ticket times had been entering pretty much on time until the 8:15 am time slot.

At that point, they made everyone wait an entire hour to enter the warehouse.

We were lucky, in a way, because we were in a line that was under the canvas tent top. There was a huge line stretching out for eternity and the delay got longer and longer.

I was sooo glad I was not in the giant line. I would have been, if it were not for Neth's generosity.
Thank you so much, Neth!

At 9 am-ish, some girls started doing ballet right outside the tent where we were all waiting. It was so incongruous. I was giggling like a fool.

We could not see the ballet very well, because people's heads were in the way.

Finally, we got inside the warehouse! I got everything I planned in fairly short order. I forgot to get Lea's turtle, but that is relatively unimportant.

Here are picture of the interior of the warehouse: 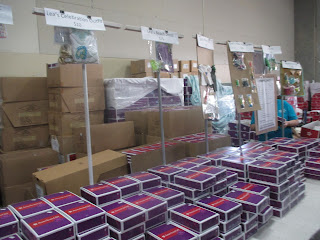 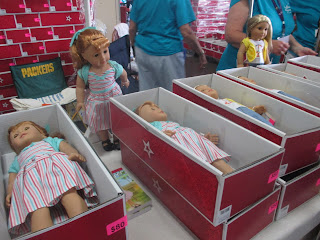 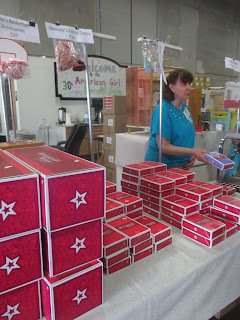 Yeah, I took a lot more pictures outside the warehouse than inside. It is so crowded and chaotic inside, that pictures for the blog are not my top priority.

Oh! This surprised me. None of the dolls that I saw had permapanties. I really expected there to be lots of permapanty dolls.

Of course, I only checked on dolls I was interested in buying, so there could have been some there.

Afterwards, it was a chore to lug my heavy bag full of items back to the car.

I discovered that the Costco in Middleton is about a mile down the road from the warehouse where the benefit sale is.

Even though I had a packed lunch, I went there and treated myself at the food court.

I recovered in the air conditioning, until I went to meet up with some other doll collectors.

You can read MCM reports from others here:

The Dolls Between Us 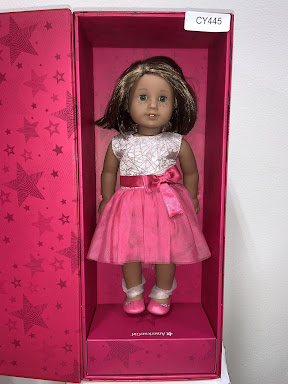