Here is another hoodie I made from the Requiem Art Designs Hoodie pattern for 14 inch dolls. 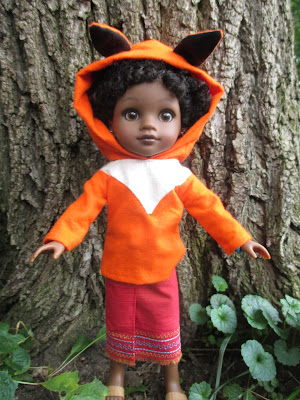 , I am only vaguely aware of Pokemon.

My brother collected Pokemon, and once a younger cousin played Pokemon with me.
I could not hear what he was telling me about the rules and I was trying to let him win anyway.

I was making a hoodie to swap with Nethilia of American Girl Outsider.

I knew she was making Pokemon hoodies, so I thought I would make a Eevee hoodie using the fabric from the fox hoodie. I have always thought of Eevee as the fox Pokemon.

Someone on Facebook told me that Eevee is more brown and white, and this hoodie looks more like Flareon. 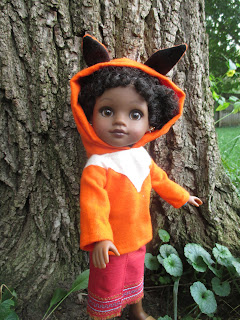 Whether it's Eevee or Flareon, I think this hoodie is super cute.

It has a tail in the back, too. 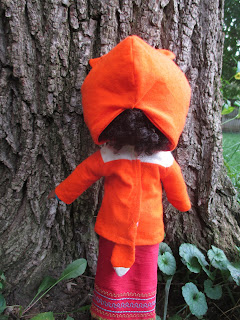 I made the white markings around the shoulders go all the way to the back, also. 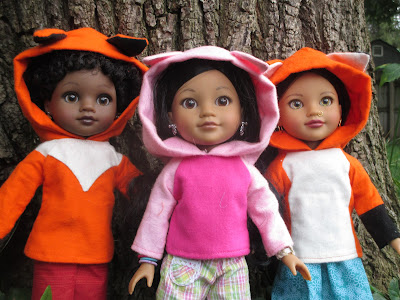 I am having so much fun with these hoodies! 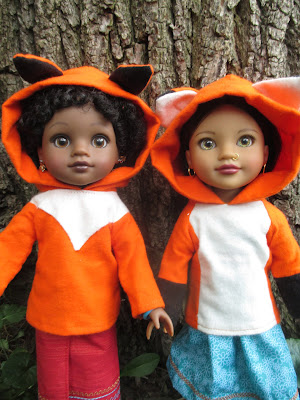 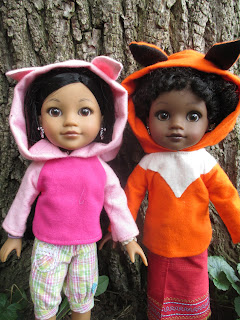 I highly recommend getting this pattern! It is so fun!
at October 02, 2018